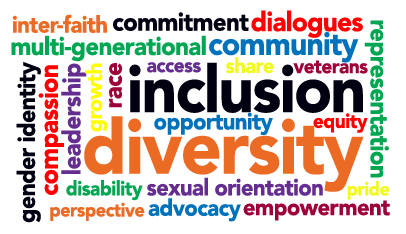 Below is a short guide to common terms used on the topics of Diversity, Equity, Inclusion, and Accessibility. This list is NOT exhaustive and it's important to remember that words have different meanings depending on your lived experiences and backgrounds. We must acknowledge that language around diversity, equity, inclusion, & accessibility is constantly evolving. A term that may be acceptable today, may be understood as harmful, biased, or racist the next day. Good practice is to listen, learn, and change your own language as you gain new understandings.

The definitions shared in this glossary have come from the following sources: