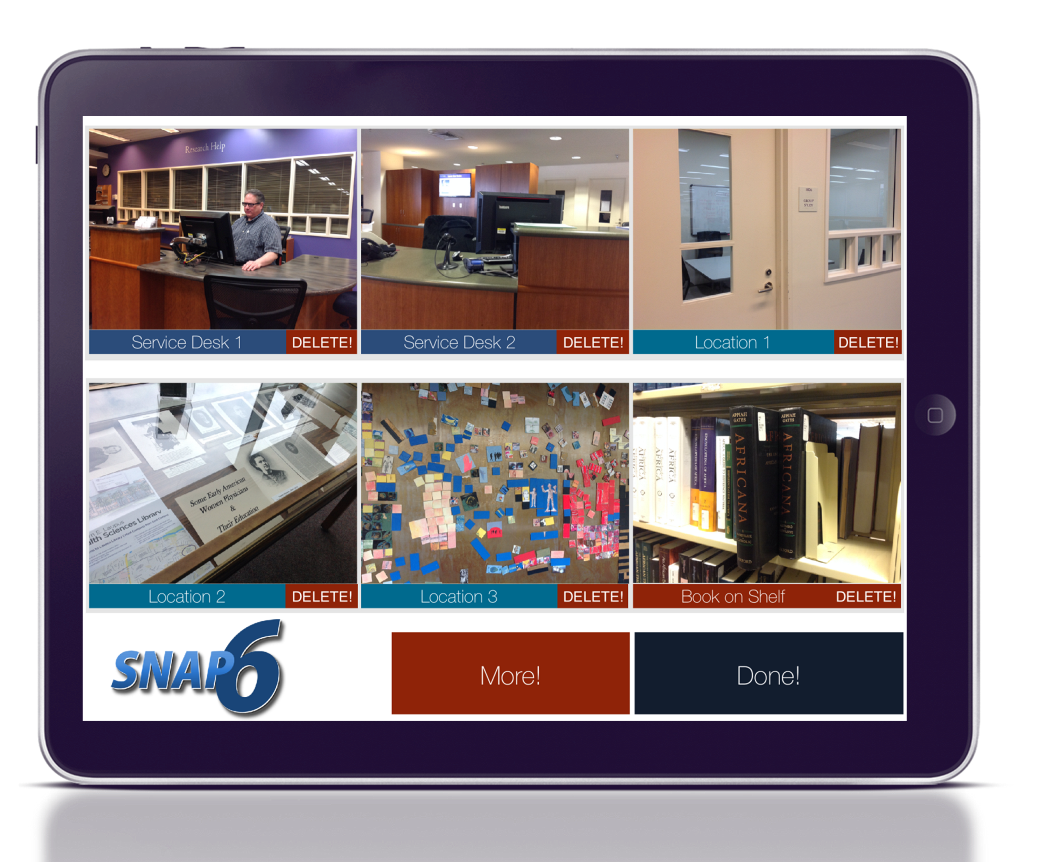 In the fall of 2014, Joyner Library, East Carolina University’s flagship library, introduced the Snap6 app into COAD 1000 library orientation classes. This homegrown scavenger hunt app for iPads challenges students to form into groups, choose a team name, and photograph important locations within the building, including a preassigned book still shelved in our stacks. As each team completes their hunt, their photographs are instantly bundled and emailed to the library instructor for easy assessment. Students enjoy exploring the building in their own way at their own pace, and frequently their photos arrive as a series of “selfies” in front of their targets.

The response from the students and their instructors has been very positive. In a typical class, the library instructor will present about fifteen minutes of basic orientation information about the library website and building, including a video on locating books based on call number. A quick demo of the app is mirrored on the presenter’s screen, and the students are formed into groups of 3-5. Each group is given an iPad, chooses a team name, and spends the next 20-25 minutes taking the assigned pictures around the building. Targets include major service desks, group study rooms, headphone vending machines, printers and scanners, and a pre-assigned book shelved in our stacks.

One real advantage to the Snap6 app is the easy assessment. Whatever physical locations in the building are considered important to students (service desks, group study rooms, exhibit spaces, etc.) can be included in the list of targets. Knowing whether the students are able to find these locations is as simple as reviewing the photos they take. Future iterations of the app are forthcoming, including a customizable version of the app we hope to make available via Apple’s App Store. We also plan to add a web browser within the app so that screenshots from database searches can also be used to complete tasks. 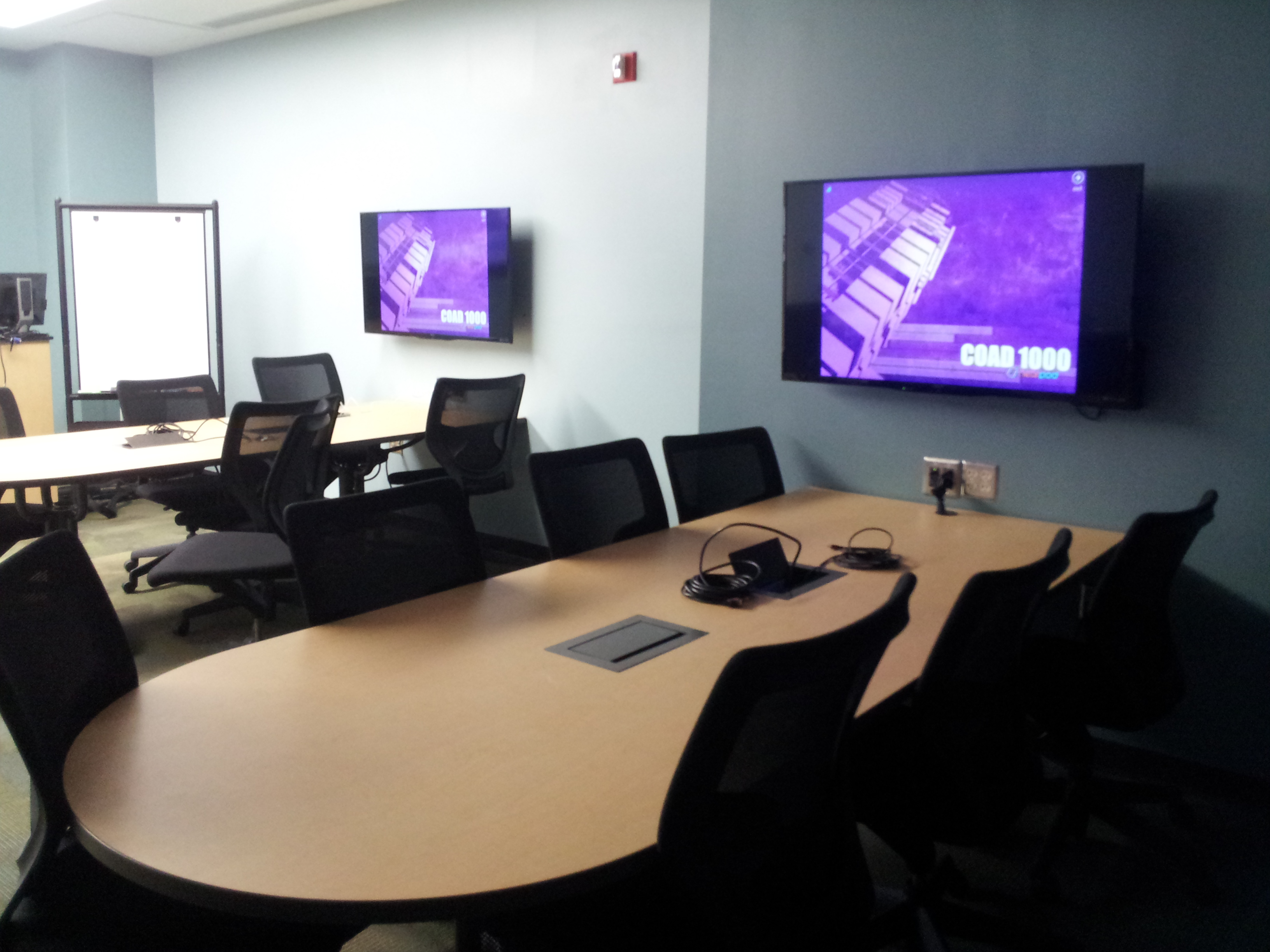 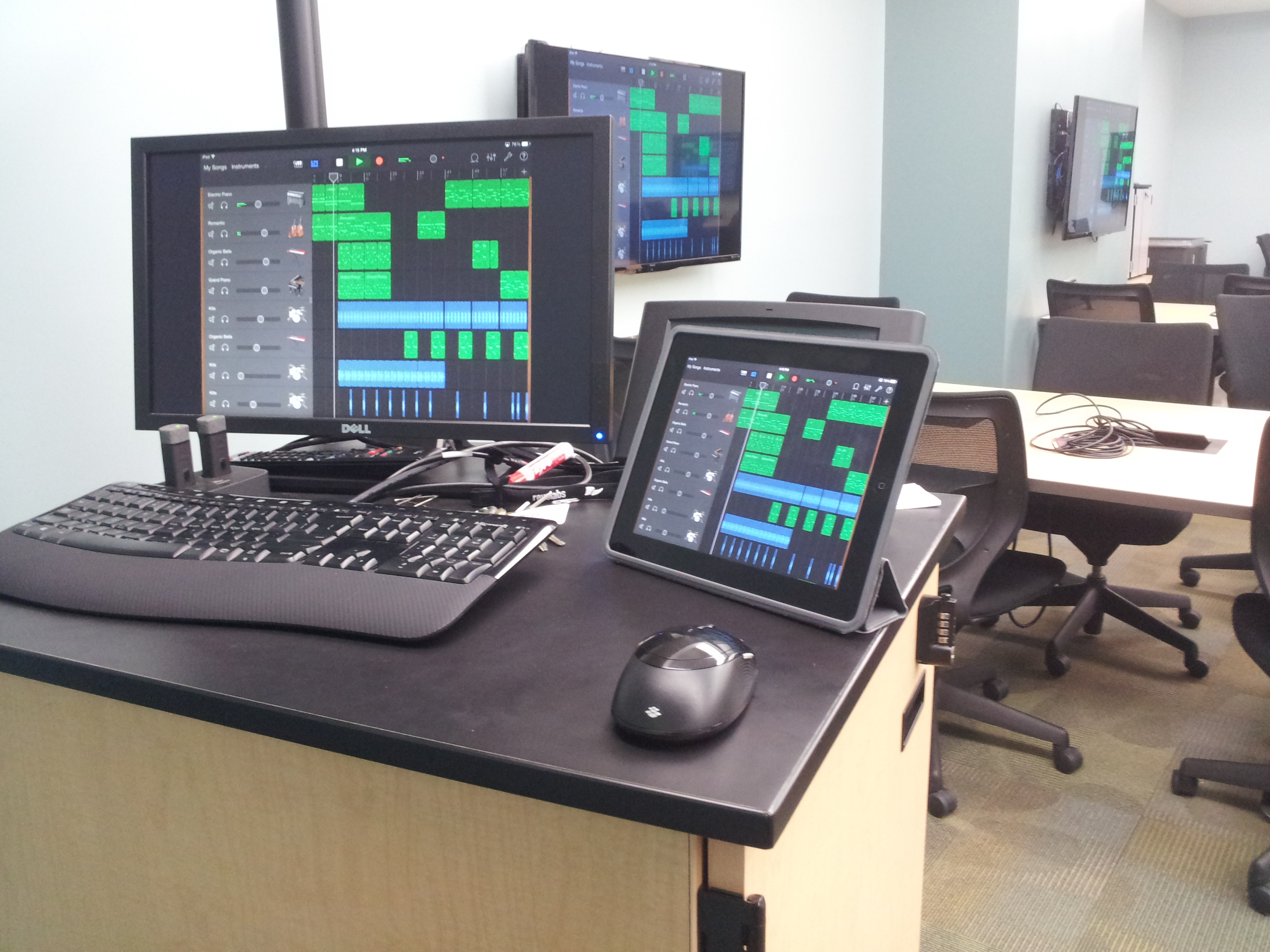 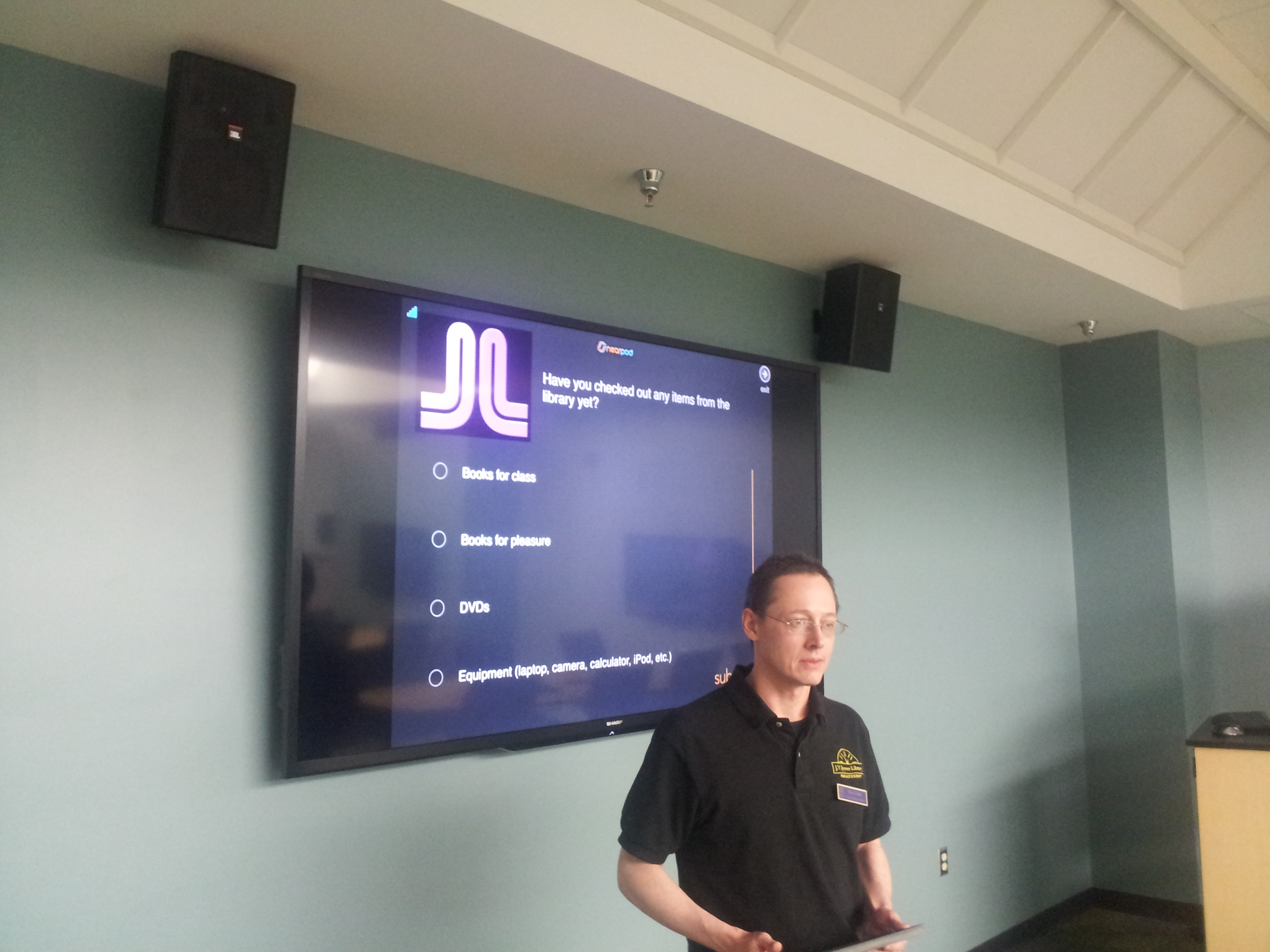 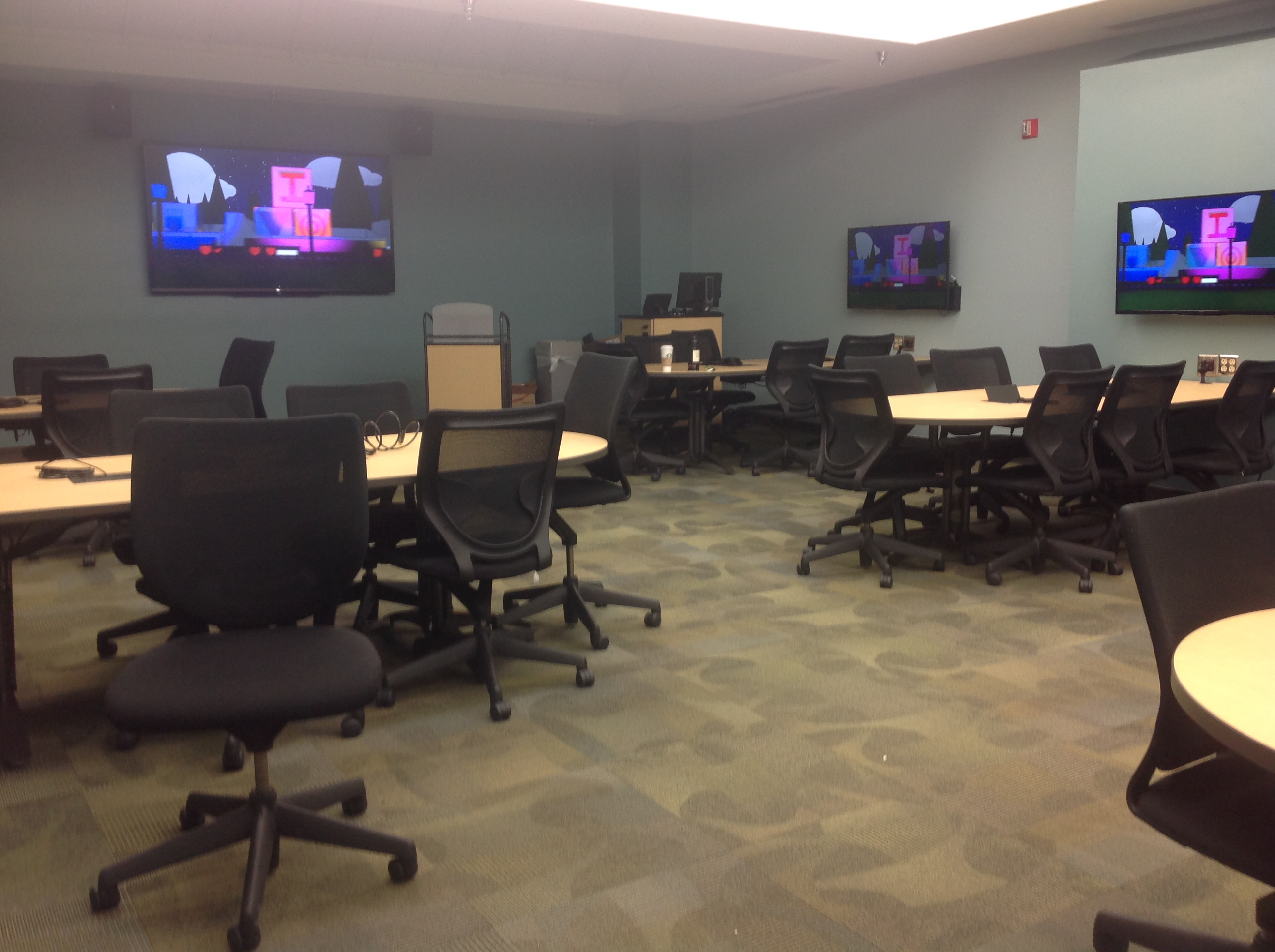 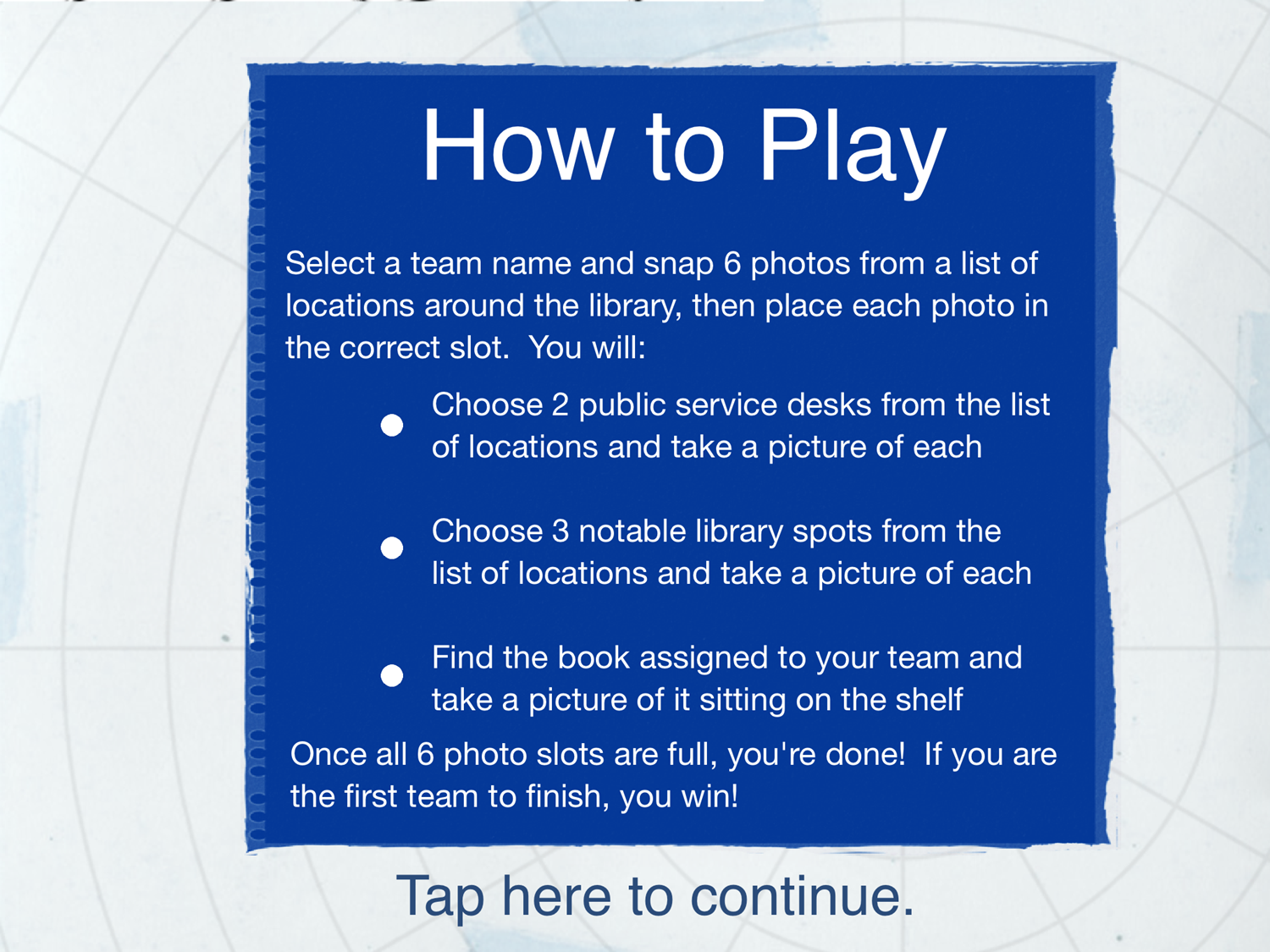 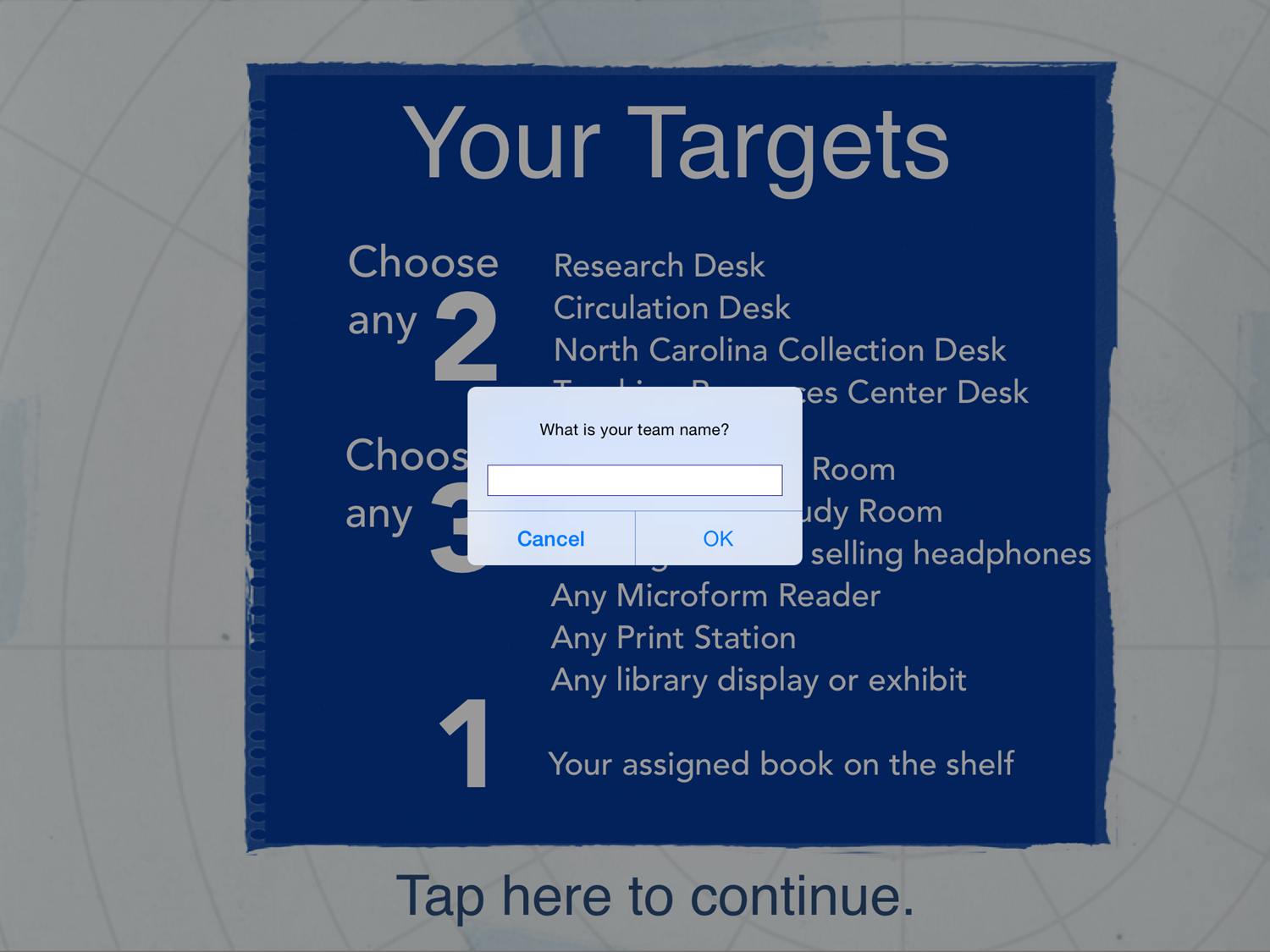 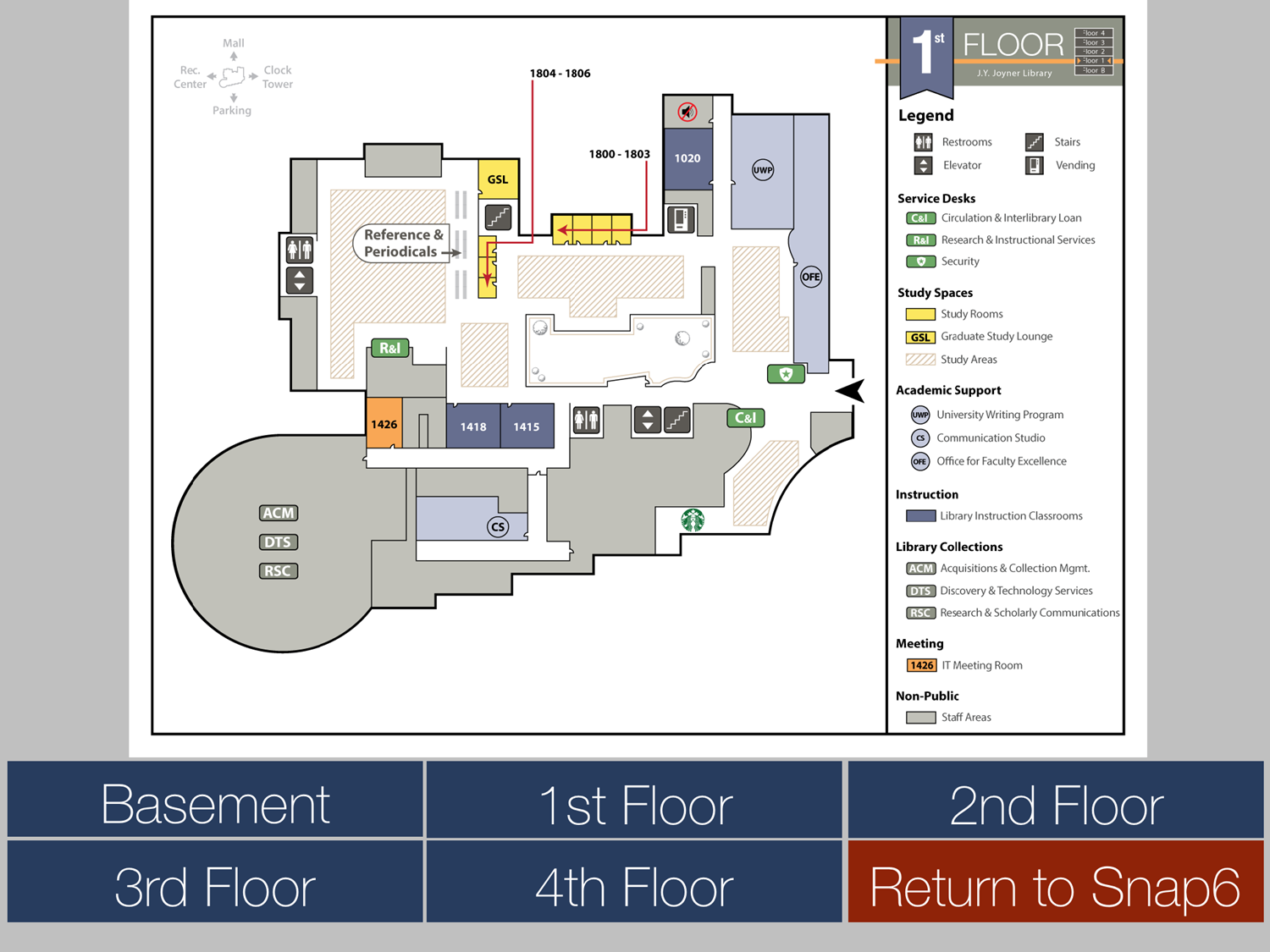 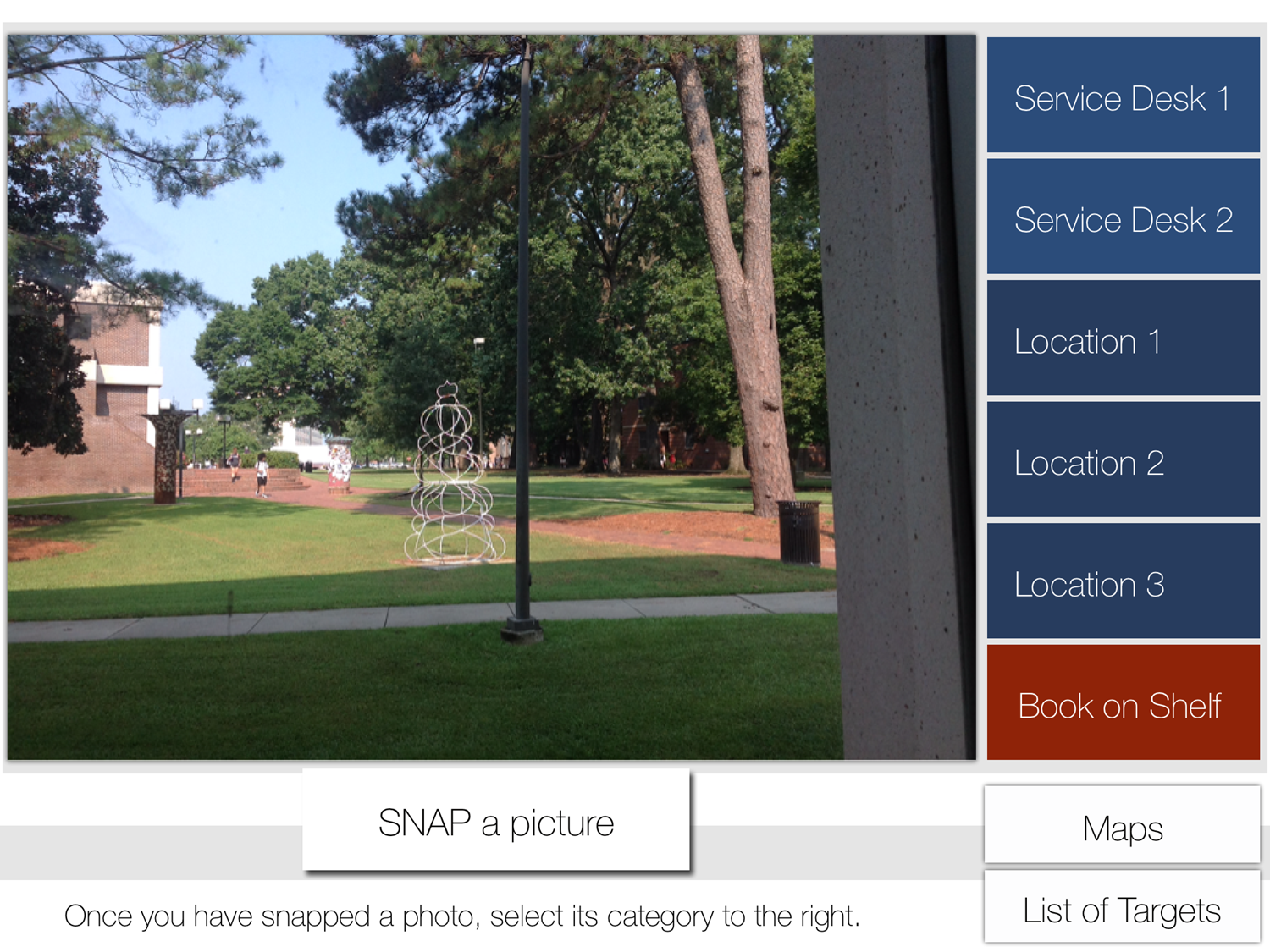 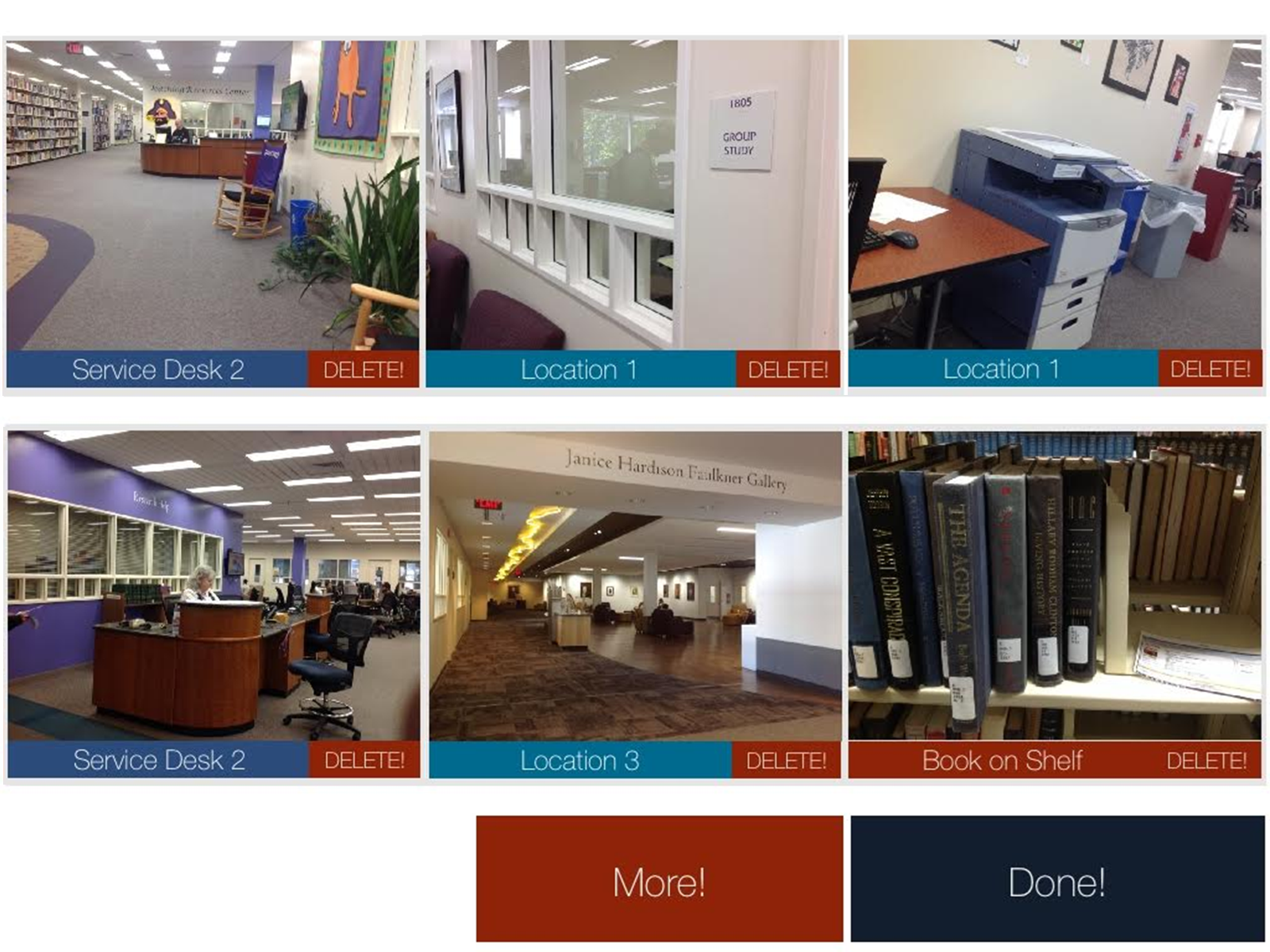 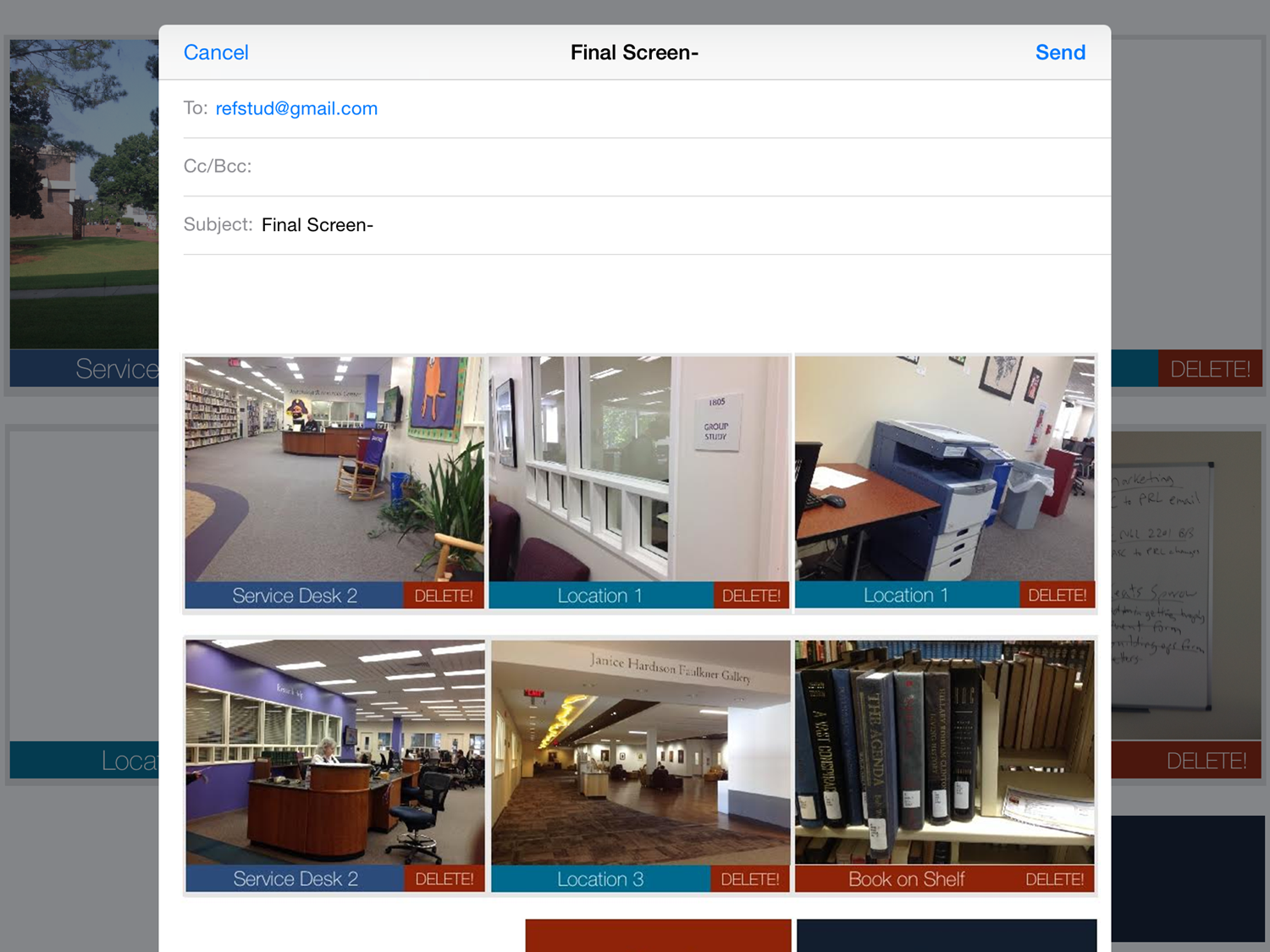