This award was established in 2010 by Joyner Library, to honor Dr. Michael Bassman, the first Distinguished Honors Professor in the Honors College of East Carolina University.

Landon’s winning thesis project, "A Literature and Experiment Based Evaluation of Synthesis Techniques for Prothymosin-α Derived Peptides,” was completed under the direction  of Dr. Colin Burns in the Department of Chemistry at East Carolina University. In Fall 2008, Landon began working on a project involving the study of a protein called prothymosin-alpha.  Dr. Burns and his research associates were studying this unusual protein’s abilities to modulate the human immune system, and in particular how it helps our body in fighting viruses like HIV. In Dr. Burn’s words, “The research question Landon posed in the course of his work was very interesting and extremely complex – something worthy of being a Ph.D. dissertation project on its own.“ 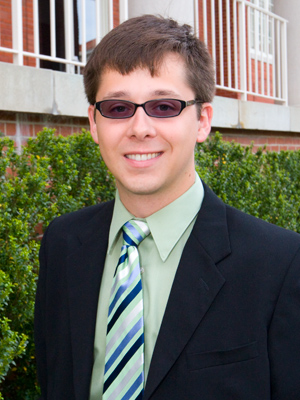 Daniel Landon Allen hails from Wake Forest, NC.  During his time at East Carolina, he maintained a 4.0 GPA and was named on the Chancellor’s List each semester.  Landon was chosen the Outstanding Senior for 2009-2010 at East Carolina University by the local chapter of Phi Kappa Phi National Honor Society. An Honors Student and EC Scholar, Landon graduated summa cum laude with University Honors in May 2010. He completed dual degrees in Biology and Chemistry with a minor in Business Administration and a certificate in Hispanic Studies. During his undergraduate career, Landon won multiple awards – an Elite Pirate Leadership Award, the Keith D Holmes Scholastic Chemistry Achievement Award, the Robert H. Wright Alumni Leadership Award, the Thomas Harriot College of Arts and Sciences Academic Award, and several ECU Research and Creative Achievement Week awards, including one for his project “Women in Guatemalan and Nicaraguan Societies: From the Twentieth Century Onward” completed under the direction of Dr. Bassman.

Landon is completing his Master’s of Business Administration degree here at ECU and will enter the Brody School of Medicine in Fall 2011.  He plans to study family medicine in preparation for opening a small practice in rural eastern North Carolina.

Brittany L. Carr is a 2011 graduate of ECU, with a Bachelor of Science in Biology and a Bachelor of Arts in Multidisciplinary Studies with an Asian Studies concentration.  In the latter program, Brittany was able to study abroad twice, in Japan and in India. Her senior honors thesis, "Government and Medicine: the evolution of the Chinese health care system," combined her interests in Asian culture and medicine, exploring the development of the Chinese health care system in response to the nation's many political changes throughout its history.

Brittany also worked in the Biochemistry Department in the Brody School of Medicine as an undergraduate research assistant, during which time she received an Undergraduate Research Award to explore genetic control mechanisms of a protein involved in differentiation.  In her biology work in the lab of Dr. Carol Goodwillie, Brittany explored the genetic diversity of a plant species.  She presented at East Carolina’s Research and Creativity Week in April 2010 and won in the natural sciences category.

This fall, Brittany entered the Brody School of Medicine. Her long-term goal is to become a primary care physician in a rural area and to eventually build a model for developing healthy communities in rural areas.

Danielle N. Martin is the winner of the 2012 Michael F. Bassman Honors Thesis Award.  Danielle’s award-winning paper is entitled “The Ever-Changing Social Perception of Autism Spectrum Disorders in the United States.” The paper has been accepted for publication in the journal Explorations: the Journal of Undergraduate Research and Creative Activities for the State of North Carolina. 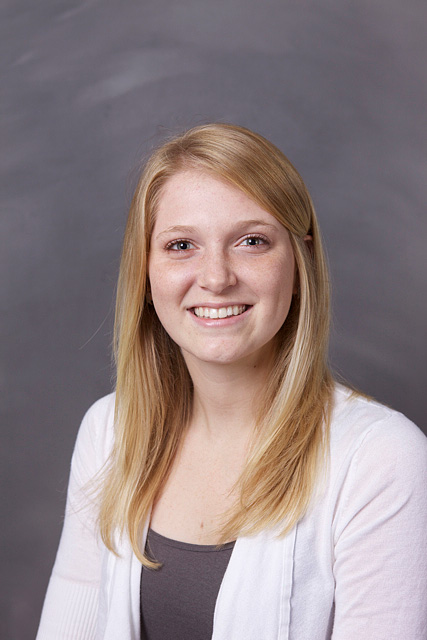 Danielle is a Greenville native, a senior majoring in multidisciplinary studies with a concentration in neuroscience.  She is an EC Scholar and the recipient of the Phi Kappa Phi Outstanding First Year Student Award, and the Milton Harrington EC Scholars Award. In May 2010 she began working as a student in the lab of Dr. David Tulis, of the Physiology Department of East Carolina's Brody School of Medicine. She won an ECU Research & Creative Achievement Award in 2011-12, based on work done under the supervision of Dr. Tulis.  Danielle plans to pursue a career in medicine.  She is the daughter of George and Renee Martin of Greenville, and the granddaughter of Tommy and Betty Tillman of Goldsboro. 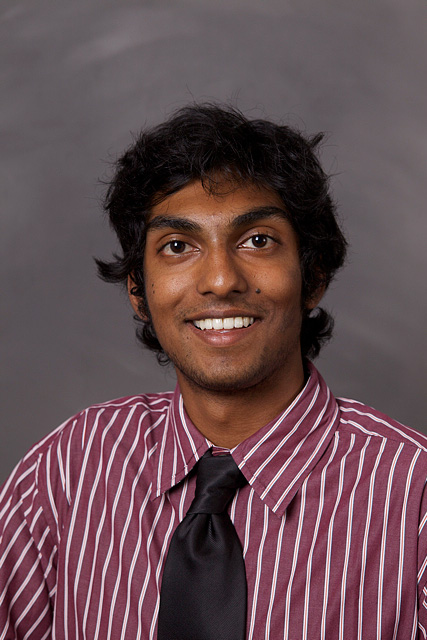 Jacob studied abroad during his sophomore year in Sweden and was able to travel extensively in Europe during that time.  On campus, Jacob worked as a resident advisor in Garrett, the honors residence hall, where he developed programming for other resident advisors. He was the vice president of selection for Omicron Delta Kappa and organized a free science fair for the newly formed, A Time for Science. Jacob entered the Brody School of Medicine in the fall of 2013 and at this writing is considering  whether he will emphasize a clinical or a research path.  He does know, however, that he wants to eventually join Doctors without Borders for a couple of years to provide urgent medical care to people in countries torn apart by war and disaster. 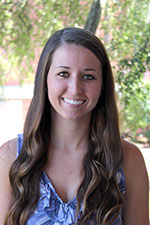 Rachel is from Richlands, North Carolina, and graduated from the NC School of Science and Mathematics. She is the daughter of Chris and Dana Pollard of Snead’s Ferry, N.C.

Rachel was active on campus serving as President of the Rising Leaders Circle and as a member of Omicron Delta Kappa and the ECU Pre-Veterinary Medical Association. She played intramural sports and volunteered with the Pirate Tutoring Center, the Humane Society, the Little Willie Center, Rocking Horse Ranch, and the Gay Men’s Health Crisis (GMHC) in New York City.  Rachel completed two internships: one in Health Education and Promotion that involved establishing a patient navigator system for people living with HIV. The other was with the Humane Society and involved preparing a needs assessment for the shelter and a program to enrich the lives of felines. Rachel was very involved with scientific research at ECU. She worked with Dr. Tripp Lamb in biology in his lab. Her first project, which was funded by an ECU undergraduate research award, assessed the validity of a subspecies of Namib darkling beetles by comparing mitochondrial DNA sequences. She was the co-author on a journal article published in ZooKeys in November 2013 based on this project. Rachel continued this line of work for her honor’s thesis by studying a species of the same genus which is classified as having two phenotypically distinct subspecies. Her thesis, completed under Dr. Tripp Lamb, is entitled “An assessment of the polytypic status of the Namib darkling beetles Onymacris unguicularis and Onymacris rugatipennis.” Rachel attends Cornell Veterinary College and plans to serve as a veterinarian in the US Army Veterinary Corps for several years following graduation.